The order affected 26 Catholic churches in the Diocese of Brooklyn as well as the Agudath Israel synagogue, which filed suit seeking an injunction to block the order. Lower courts denied preliminary injunctive relief, and the plaintiffs appealed to the Supreme Court. Following the filing of the appeal, the governor reclassified the red and orange zone designations to yellow, which allows for holding religious services at 50% of maximum capacity.

The Court held that New York’s executive order was in violation of the First Amendment’s Free Exercise Clause since it treated religious organizations less favorably than comparable secular groups.

In its opinion, the Court noted that, The applicants have made a strong showing that the challenged restrictions violate ‘the minimum requirement of neutrality’ to religion” and that “the regulations cannot be viewed as neutral because they single out houses of worship for especially harsh treatment.”

The Court also found that “the challenged restrictions, if enforced, will cause irreparable harm,” observing that “while those who are shut out may in some instances be able to watch services on television, such remote viewing is not the same as personal attendance. Catholics who watch a Mass at home cannot receive communion, and there are important religious traditions in the Orthodox Jewish faith that require personal attendance.”

Based on its ruling in Diocese of Brooklyn, the Supreme Court issued an order on December 3, 2020, rejecting a California court’s denial of a request for injunctive relief from Harvest Rock Church and sent the case back to the lower court for further consideration in light of the Diocese of Brooklyn decision.

Harvest Rock Church operates a number of campuses across California and had filed suit against Gov. Gavin Newsom seeking an injunction against the state’s meeting restrictions as outlined in the state’s “Blueprint for a Safer Economy.” The “Blueprint” divides the state into four tiers; Tier 1 includes 41 counties with 94% of the state’s population where in-person, indoor religious services are totally prohibited.

Following the denial of injunctive relief by the lower courts, the Supreme Court vacated those rulings and sent the case back to the district court for reconsideration.

The Church Law Center of California advises churches and other nonprofits on how to protect themselves from risk while furthering their mission. Call us today at (949)-245-3177 or reach out to us through our contact page. 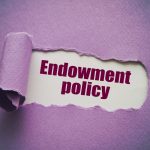 What Nonprofits Need to Know About Endowment Restrictions